These photos from last month are from a trip I took with my photographer friend Mandy, who has been recording pictures of Brighton West Pier since before it was first damaged. We’d been told by fellow photographer Rachael Talibart that the starlings were murmurating around the ruins of the West Pier, which from a photographic point of view is such a striking structure, and paired with the starling formations sounded like a real treat to capture. Seeing a properly noisy, swooping, morphing murmuration has been on my bucket list for a long time. However, as a few people had suspected, the evening lights which were installed on the West Pier put these little birdies off somewhat; Mandy and I had a comical moment sat chatting on the beach, watching the West Pier and waiting for the twilight, when we realised the murmuration was happening behind us at the other Brighton Pier! A photographers’ lesson in keeping your eyes peeled – though we were lucky to witness some really unusual low-light and Turner-esque watercolours in the sky. 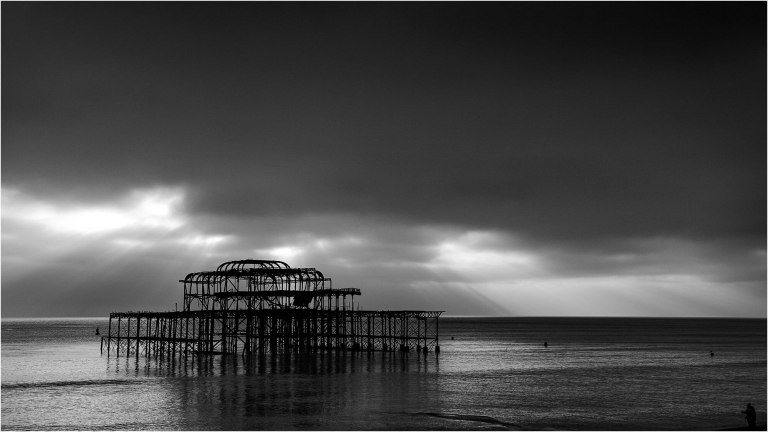 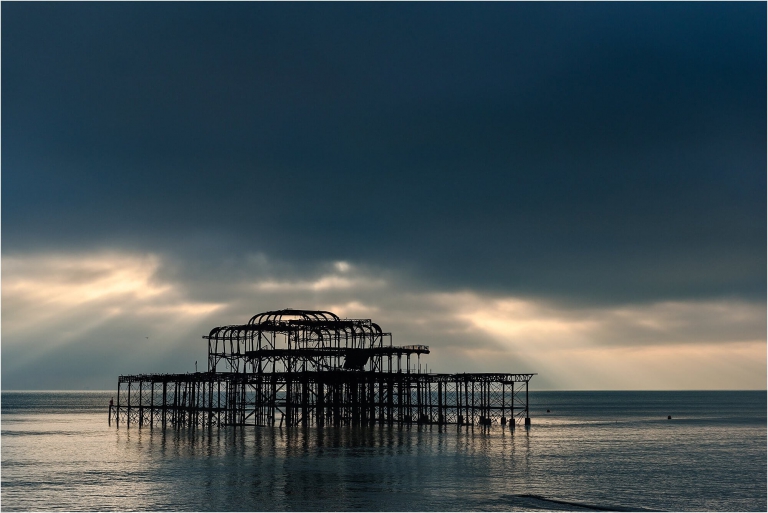 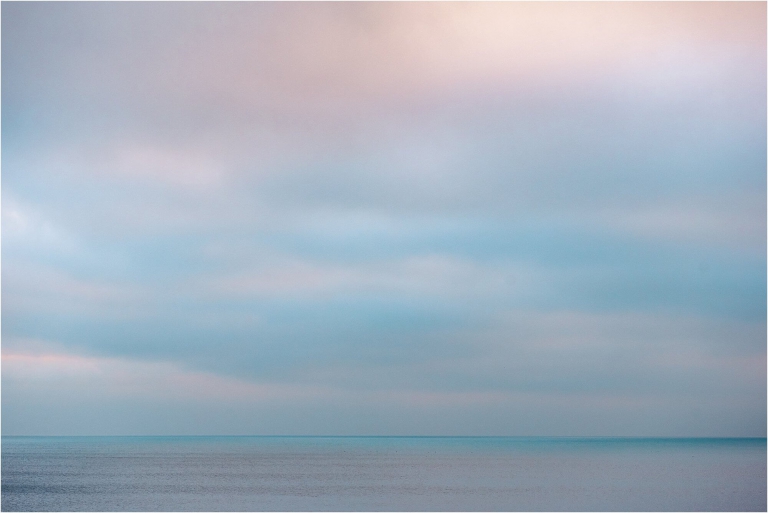 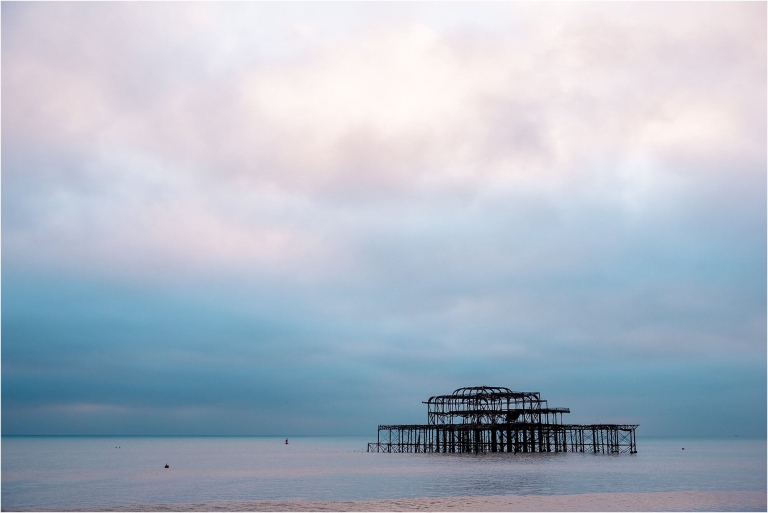 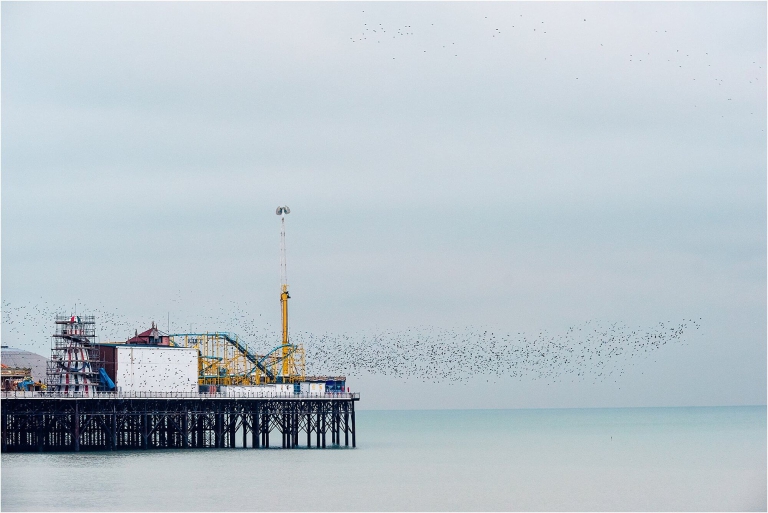 As it turns out, it’s quite a workout for the thighs trying to peg it through the shingle as fast as possible from one pier to the other!… The starlings didn’t venture much higher than the structure of Brighton Pier on this particular evening, but it’s still amazing to see them make these formations, flying so tightly together yet not crashing into each other; a fascinating spectacle of nature. 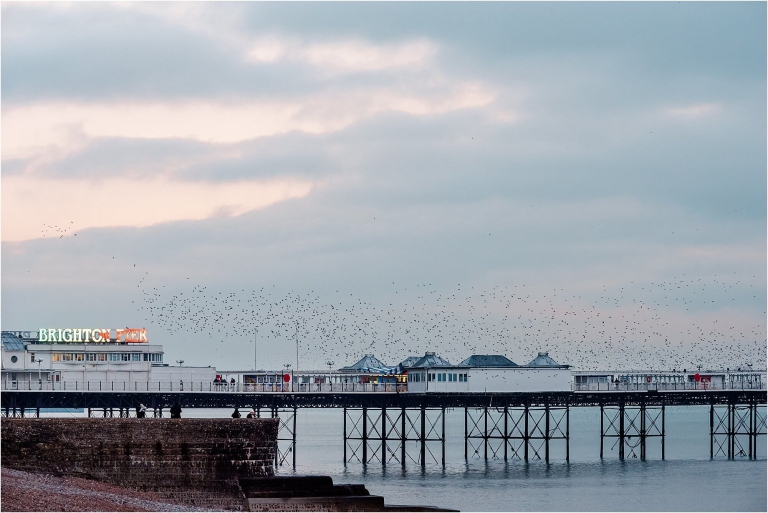 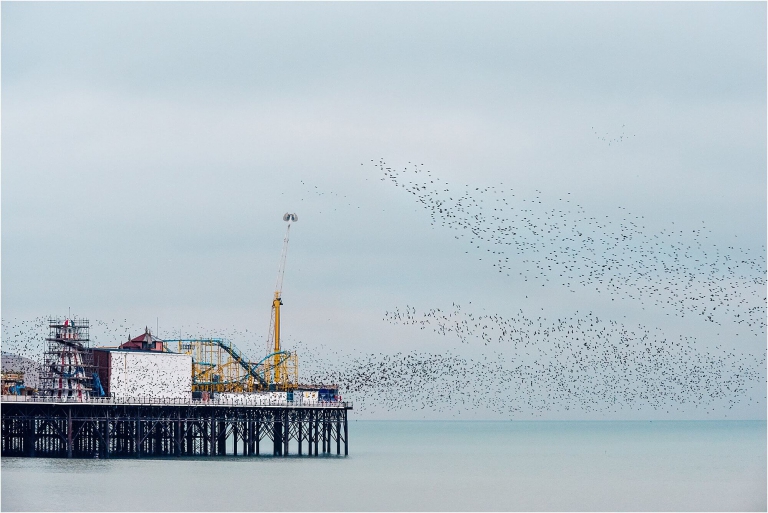 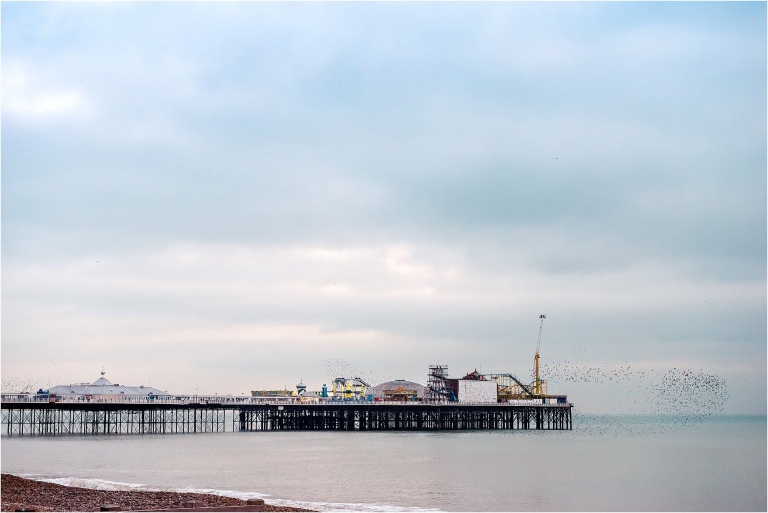 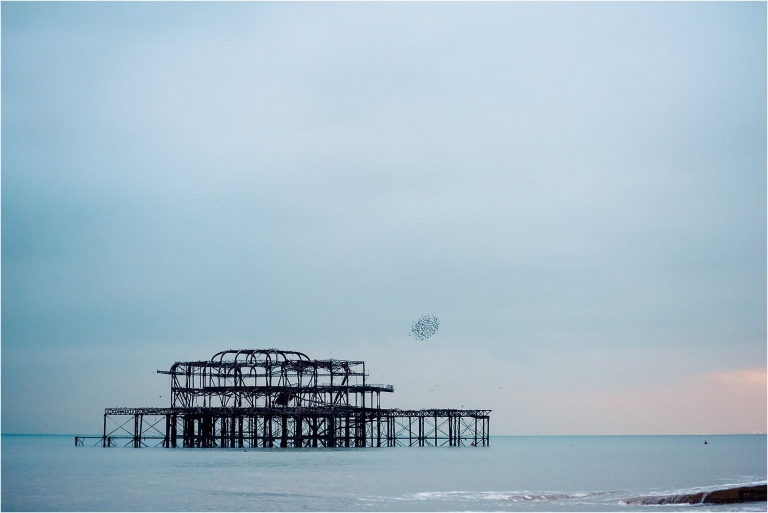 We carried on as long as our camera ISOs (low light capability) would allow, then had a little wander round Finn Hopson‘s inspiring gallery and some excellent chips plus a ‘whole shoal’ of whitebait (Mandy’s words) in the Regency. A brilliant wee road trip! 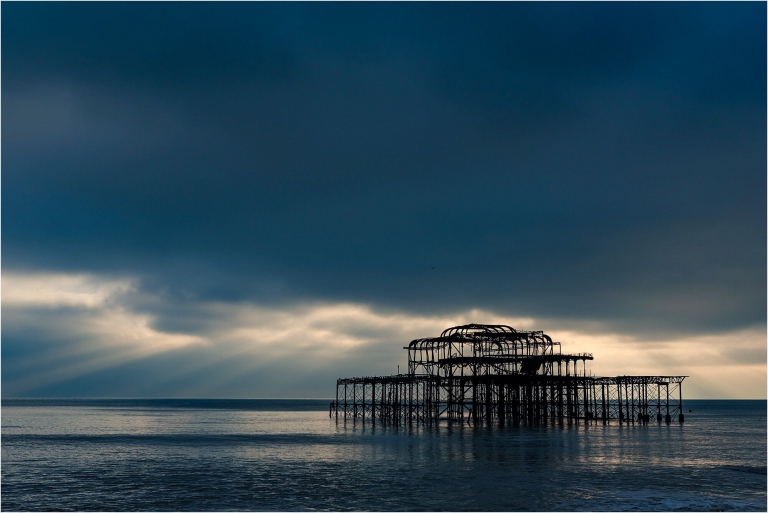